As an Amazon Associate I earn from qualifying purchases.

It’s a big disadvantage that humans and dogs can’t actually directly communicate with each other. They may have a sense of when we humans are feeling down, and we may be able to detect if our dogs are restless and in need of a walk.

However, when it comes to anxiety in dogs, things just aren’t that simple. It takes familiarizing oneself with the symptoms and treatments to be able to address whatever’s making your dog anxious. 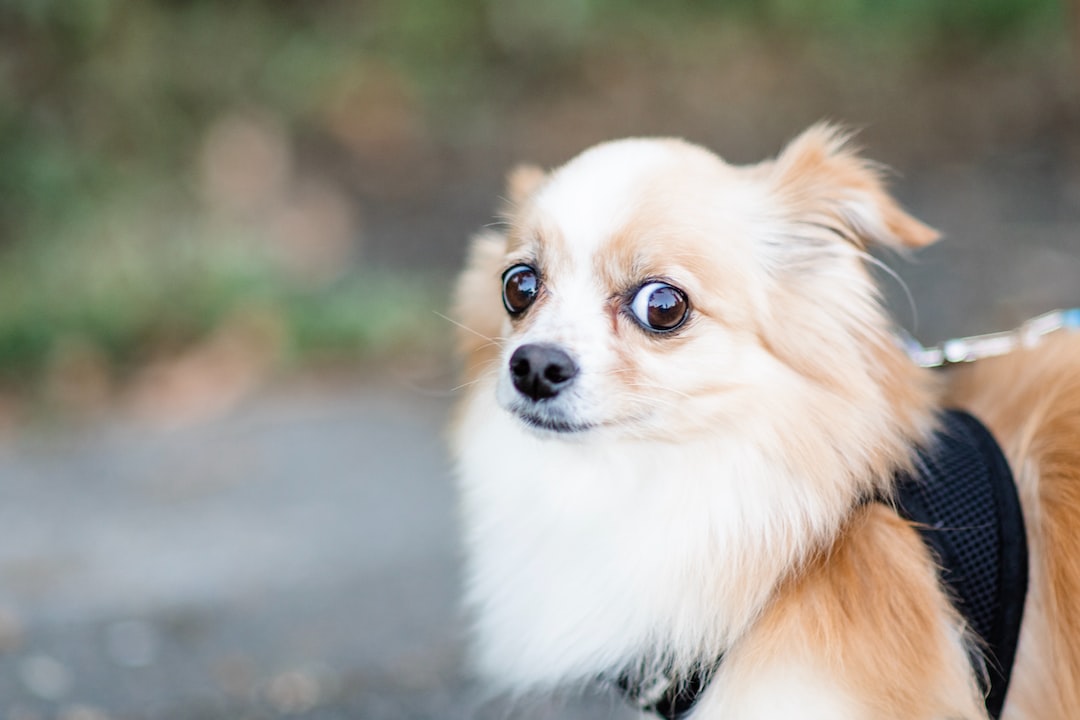 What is dog anxiety?

Dog anxiety is when a dog is visibly scared or nervous and unable to settle. Perhaps they can’t keep eye contact and engage in repetitive behavior and pacing.

Whatever the signs, anxiety manifests when a dog finds something scary, uncomfortable, or threatening. The exact symptoms vary from canine to canine, with some being aggressive and others just shivering and whining.

No matter how it is for your dog, it’s important to acknowledge that this is a real problem and shouldn’t be ignored.

Causes of anxiety in dogs

Your dog could be anxious for many reasons. Let’s discuss a few of them.

The most common form of anxiety in dogs is separation anxiety, which affects 14 percent of all dogs. As the name suggests, it occurs when your dog is separated from you.

This happens quite often because, for dogs, their human is the source of everything that’s important to them – from food to play to simple company. Once they’re alone, they’re much more aware that they won’t be able to have any of that.

Separation anxiety can be very hard, especially with breeds that are clingy and dependent on their humans. The best long-term solution, which must be initiated at an early age, is for a dog to learn to cope with being alone.

The level of sensitivity to noise varies from breed to breed, but it’s still common for dogs to be anxious about thunderstorms and fireworks.

Dogs have a natural fear of loud noises because their survival instincts tell them they mean danger. Even the mere change in wind or drop of rain could alert a highly-attuned dog to the possibility of an oncoming storm. Many may retreat into a comfortable hiding spot in nervous anticipation.

Dogs also get anxious in unfamiliar or seemingly hostile situations. Specifically, changes in routine or environment can make them uneasy.

A change in routine, like their human suddenly having different work hours or being gone for a week-long trip, could trigger anxiety. A change in environment is equally stressful for dogs, so it’s no surprise to hear whines and whimpers when at the vet or in a moving car.

An even more long-term example for a change in environment is when the household moves to a new place of residence. Depending on the dog, it can take weeks or months to adjust. But in the meantime, they may be anxious.

Finally, there’s resource guarding. This happens when a dog feels they need to scare people or other dogs off.

Usually, aggressive behavior is meant to show ownership over an item of value that might be taken away. If the dog is a mother, she may be a bit touchy and protective about her pups.

Although it’s natural for dogs to do as they’ve developed this instinct in their history as wild animals, it’s definitely not a welcome behavior at home.

How exactly does dog anxiety manifest? There are a bunch of boxes to tick off, but not all apply to your dog in any given situation.

Here are the most common symptoms of anxiety in dogs:

It is important to know these symptoms so you don’t dismiss them as normal and fail to address your dogs’ needs.

Some could mean other things (like an inability to eat due to a bad stomach), but if many of these symptoms appear at the same time, chances are, it’s dog anxiety.

How to treat dog anxiety

There are many tips and tricks that dog owners turn to so that their dog can feel calmer and more at ease. An important thing to remember is that the earlier you detect anxiety in your dog, the greater chances are for success in treating it.

Unfortunately, the longer a dog has lived with anxiety, the more hard-wired it is in their brain. The good thing is, there are various methods you can try to help your furry friend.

People can offset anxiety in dogs by either training them to get used to the trigger or distract them from it. In the case of separation anxiety, you can keep them preoccupied with a food puzzle toy so they’ll have a chance to get busy and let out their tensions.

In a car ride, you can give them a treat to reward them for putting up with it. In thunderstorms or with fireworks, the negative experience can be associated with the toy instead, which is something positive.

It’s all a matter of diverting their attention away from the anxiety-inducing thing until they eventually learn to accept or ignore it.

Much like humans, some dogs might need meds to manage their anxiety. This becomes necessary when the dog is unable to function properly or learn to calm down.

Much like sedatives but more fine-tuned for anxiety in particular, meds could address the problem. They’re often prescribed for dogs that are spooked by thunderstorms, car rides, or fireworks.

When it comes to this solution, it’s best to consult your vet before choosing any medication.

Because anxiety is a thing that can happen out of the blue, many owners have some natural home remedies that can help their pet deal with the problem right away.

The advantage with these is that they’re often easier and cheaper than the more “official” treatments. But this doesn’t mean they’re any less effective!

As with babies, it seems music has a calming effect on dogs as well. A study conducted by the University of Glasgow in 2017 shows that music decreases a dog’s restless and aggressive behavior.

However, they may still occasionally bark or show some signs of anxiety, but the music will keep them from pacing or running around. The study also revealed that reggae and soft rock yielded the best results.

Because a dog’s sense of smell is very good, it makes sense that nice scents can soothe them. Mild sprays like lavender and chamomile can calm down anyone, but there are canine-specific scents best for treating dog anxiety.

Look for scent sprays that mimic canine pheromones, which are associated with mothers and nursing. It might just be what your dog needs.

Many owners have tried CBD oil as anxiety treatment for dogs. Found in cannabis and hemp, it’s been useful for numerous health conditions in both dogs and humans.

It works by interacting with the central nervous system to balance functions like mood, sleep, and appetite. With just a few drops of this oil, serotonin can be increased, which soothes the nerves.

Basically, it acts like anti-anxiety meds, but is all natural. And although there’s no definitive data yet on the effectiveness of CBD oil on dogs with anxiety, there have been trials testing it as treatment for dogs with epilepsy.

Another thing to consider is that CBD products aren’t regulated, which means the purity and quality will vary from brand to brand. You’ll have to be sure you trust the brand of CBD oil you’re getting by doing some research.

Dogs are like humans in that anxiety is a real issue that has to be addressed. That’s why it’s important to educate oneself on the causes, symptoms, and necessary treatment methods.

Whether you decide on behavioral training or medication or CBD oil, the best way forward is to acknowledge your dog’s problem and help them deal with it. And of course, it’s always more helpful to consult the vet.

Amazon and the Amazon logo are trademarks of Amazon.com, Inc, or its affiliates.